You are here: Home / Travel / Where to See the Bats in Austin, Texas
This post may contain affiliate links, which means we may receive a commission if you click a link and purchase something. Check out more about our disclosure policy here.

So you want to see the bats in Austin, Texas

The bats under the Congress Avenue Bridge are an iconic and ubiquitous Austin feature. The bats in Austin are represented in so much of the culture and media surrounding the city, and the sight is truly breathtaking.

We’ve been to Austin before, but the first time was during February— just a few weeks before the Austin bats were to return from their migration to warmer parts of Mexico. This time around, we visited Austin in September, and seeing the bats do their thing was high on our list! 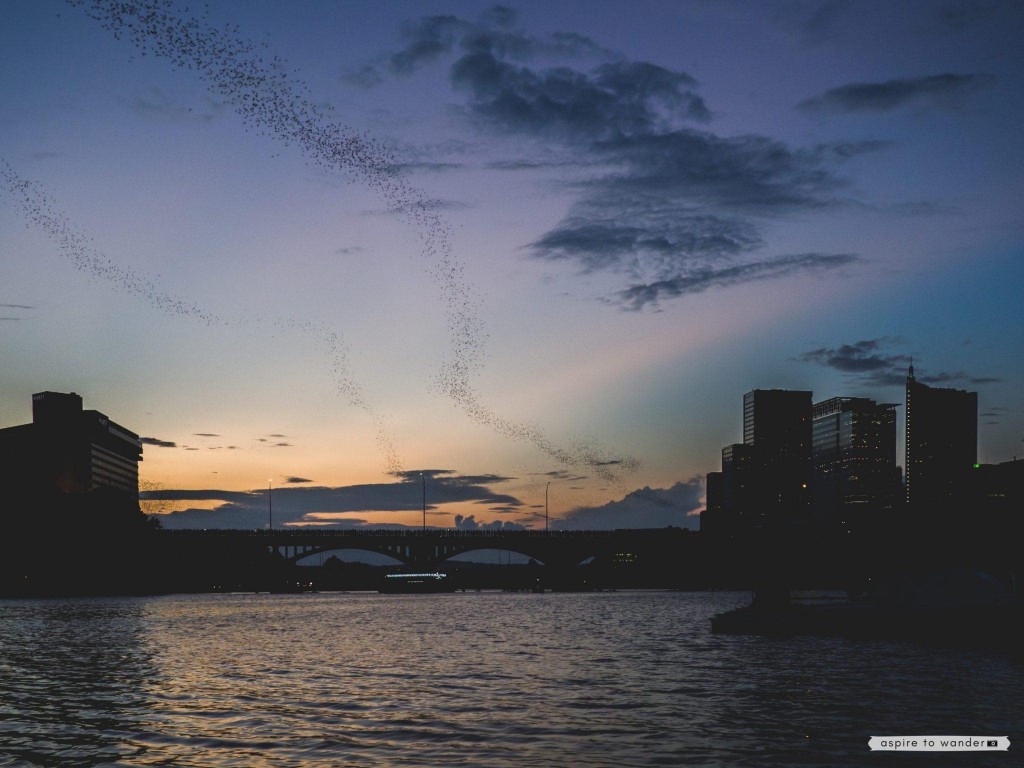 At dusk from March to early November, a colony of Mexican free-tailed bats emerges from under the Congress Avenue Bridge. They live here for about half of the year, and in the winter they migrate south. 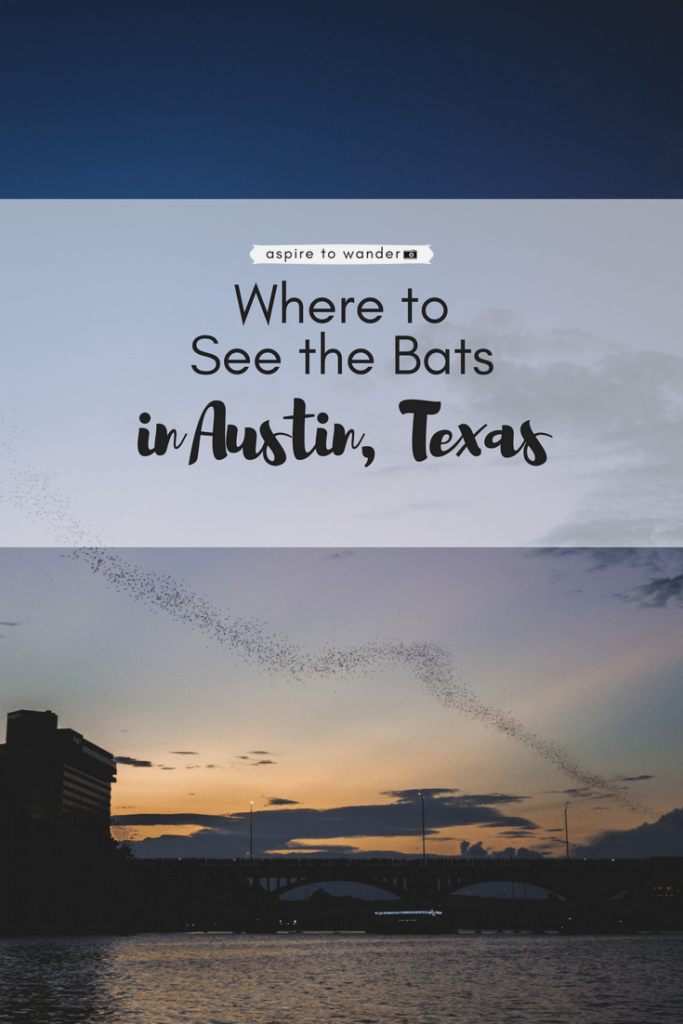 They form a mesmerizing and unforgettable orchestra of movement in the sky, against an intoxicating background of golden-orange and purple sunset tones. It is truly spectacular to watch the bats in Austin do their nightly eastwardly dance into the dark!

Where to watch the bat colony

There are a few places you can go to watch the nightly movement of the Austin bat colony.

Standing room only! While I’m sure it’s great seeing the bats emerge from right underneath you, opting to watch them from the bridge means you’re standing on the sidewalk of a very busy road. Some nights, the bats take longer to come out, and that means standing in wait on that busy bridge.

A lot of folks will opt to watch the bats from the Bridge, but I’d recommend one of the other available options.

Find a spot east of the Congress Avenue Bridge, along either shore of Lady Bird Lake

This is where we hung out while we waited for the bats.

Plenty of room to stretch out! But at this point, we were still too early! It needs to be solidly dusk before the bats start moving about.

We opted to watch from the public boat launches on Lady Bird Lake, right in front of the Waller Creek Boathouse. We relaxed on the docks with a perfect view of the sunset and the bats as they traveled past us.

I think this is the best place to go to watch the bats in Austin! It’s free to hang out and sit on these public docks. While it does get filled with bat-watchers, you avoid the crush of people on the bridge.

Other great ways to see the bats in Austin

Bring your own, or rent! You can book a bat-watching kayak tour on Viator, Congress Avenue Kayaks offers kayak and standup-paddleboard rentals and Austin WaterBikes offers guided tours on, you guessed it, waterbikes! 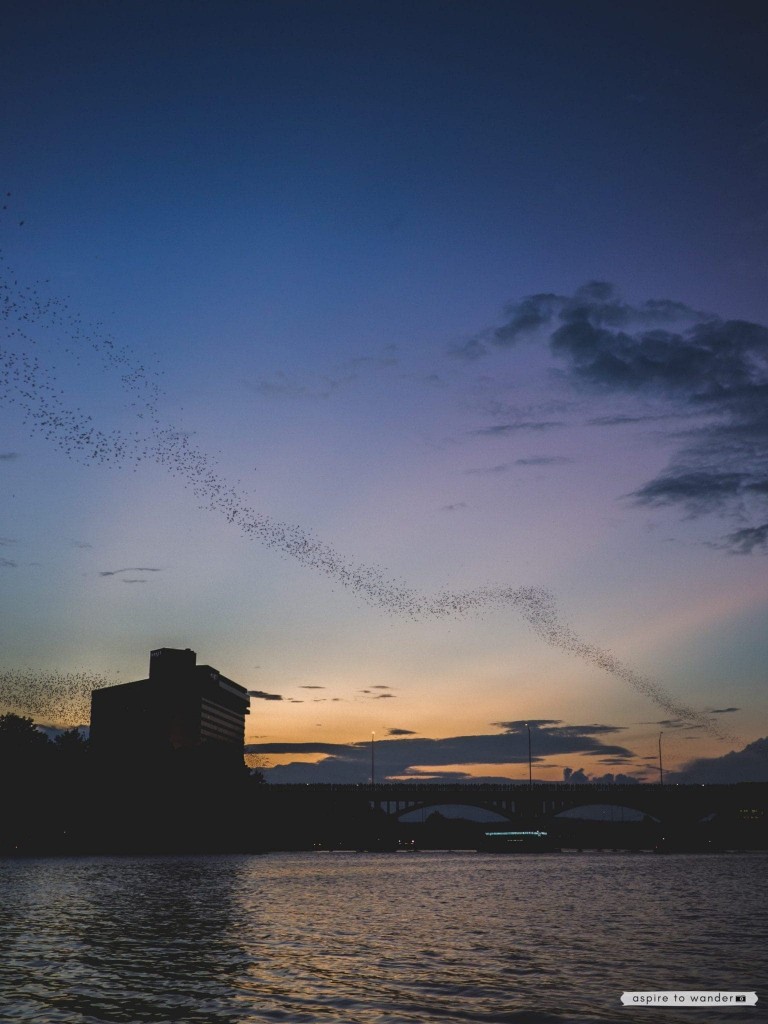 If you find yourself in Austin during the bats’ summer season, be sure to reserve an evening to watch the Congress Avenue bats!

You won’t soon forget the image of the bats emerging as one gorgeous, silky, and winding cloud in the sky!